Occasionally, you need to prepare a T1 or T3 return for a taxpayer who resides in one province but has a income from another. Do this by using the T2203 form. 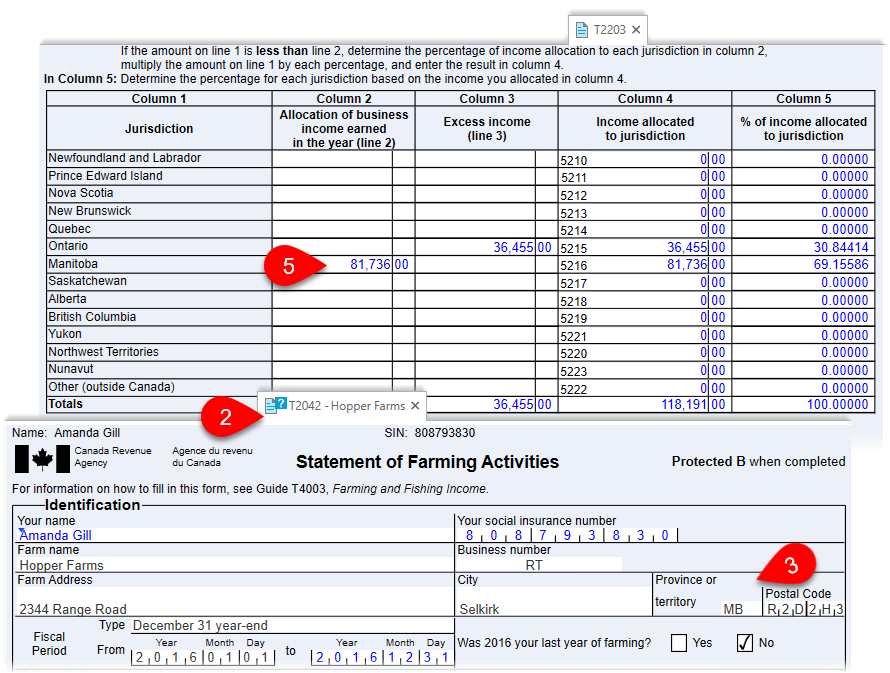 You can now input data into a T1273/T1274 even though the taxpayer is a resident of Alberta.

For scenario’s when one spouse has income in a different province of main farmstead than an other taxpayer, it is best to uncouple the returns and calculate them separately.

If multiple jurisdiction income appears on the T5013, use the Multiple Jurisdictions (T2203) section on the form to allocate income to the related provinces. Only positive amounts flow to the T2203.

Part 3 of the T2203 does not show in TaxCycle. Instead, the full provincial 428(MJ) forms handle all the required calculations and fields for multiple jurisdiction.

The worksheet called Credits(MJ) handles the calculations for multiple jurisdictions along with adding more sections to the dependant form for the required credits to display and calculate.