In TaxCycle T1/TP1, you can prepare returns for taxpayers and/or spouses who immigrated or emigrated from Canada during the tax year, as well as for a non-resident spouse.

In order for an immigrant/emigrant to be allowed full non-refundable tax credits in the year of arriving or leaving Canada, the taxpayer must meet the 90% rule for the period of non-residency.

If a taxpayer does not meet the 90% rule, non-refundable tax credits are prorated based on the entry or exit date.
A taxpayer meets the 90% rule if:

The Canadian-source income reported by the taxpayer for the part of the year that they were not a resident of Canada is 90% or more of their net world income for that part of the year. Or,

For more information on eligibility for the 90% rule, consult the CRA website for information for Newcomers to Canada.

If the taxpayer arrived in or departed from Canada during the year: 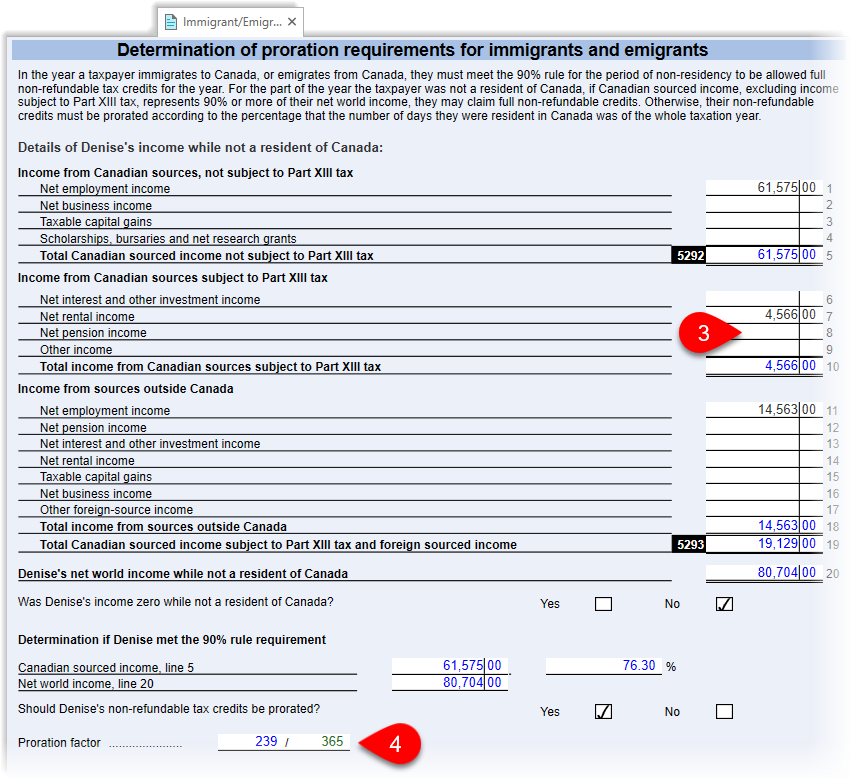 When to couple returns for a part-year resident or non-resident spouse?

You may couple returns if the spouse arrived in or left Canada during the year. Add the entry or exit date on the spouse's Info worksheet and use the spouse's Immigrant/Emigrant worksheet to enter the details of income earned before/after entering/exiting Canada and determine whether the spouse's non-refundable tax credits can be prorated.

If the spouse arrived in or departed from Canada during the tax year and you are not completing their tax return: 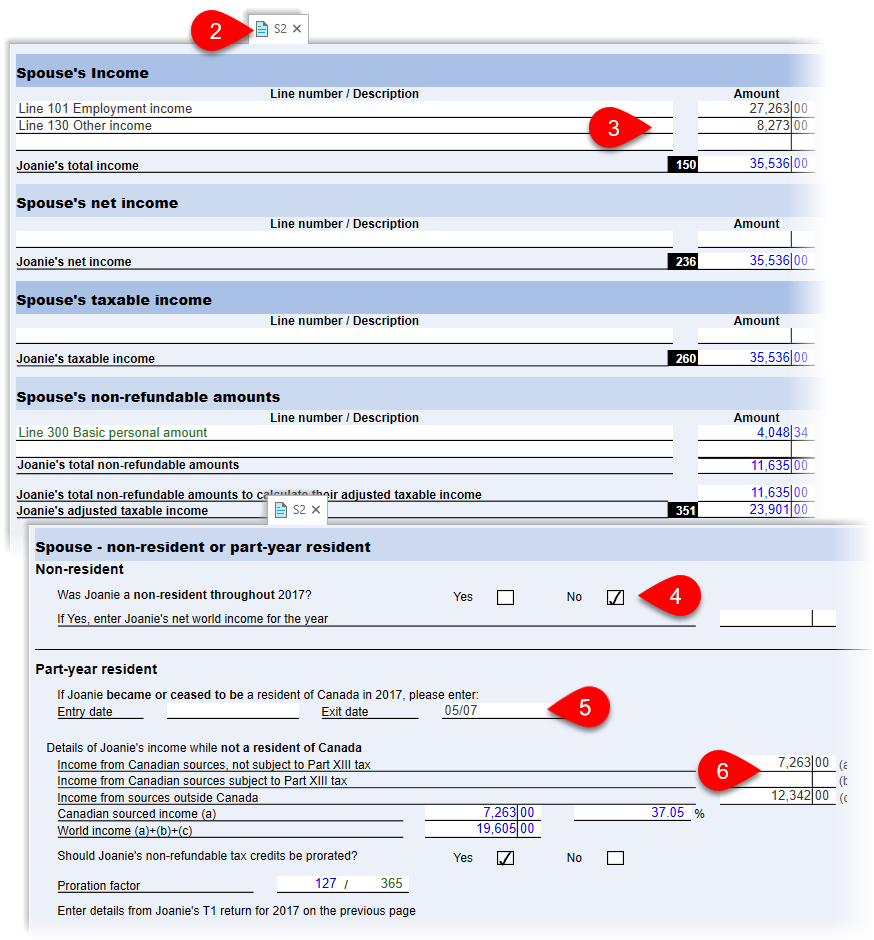 Use Schedule 2 to prepare a return for a resident of Canada whose spouse/partner did not reside in Canada for the full year. For example, someone who has married a U.S. resident but hasn't yet emigrated to the U.S.

Step 1: Complete the Info worksheet for the principal taxpayer

Step 2: Do not couple the returns

Do not prepare the return for the spouse. Instead, use the Schedule 2 worksheet to report information about the spouse's tax situation.